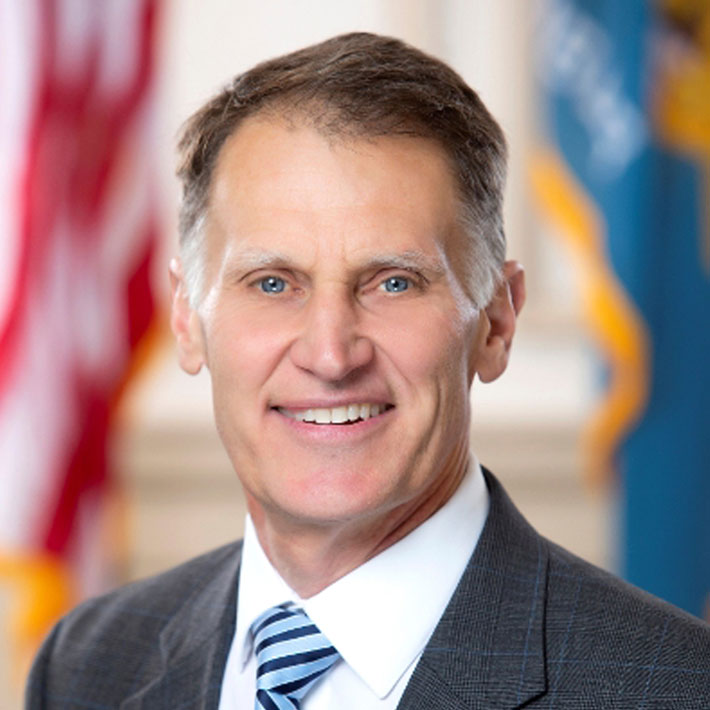 State Representative Ron Gray was first elected in 2012 to represent in the Delaware House of Representatives the citizens of the 38th District, which includes the areas of Bethany Beach, Fenwick Island, Selbyville, and Ocean View.

Rep. Gray’s membership affiliations outside the General Assembly include the following: Member of Mariner’s Bethel United Methodist Church; Member of Bethany/Fenwick Chamber of Commerce; Member of National Federation of Independent Business; and Member of American Society of Civil Engineers.

Rep. Gray is the Owner of R.E. Gray & Associates Engineering Co. and part Owner and Operator of several local family businesses. He is a professional Engineer, licensed in DE, MD, and VA. He resides in Selbyville with his wife, Candice.

Rep. Gray’s district includes parts of Selbyville and Frankford, as well as the areas in the incorporated Towns of Ocean View and Millville.

From the 151st General Assembly, this Bill modernizes the fees agents who sell Delaware State Park permits and Surf Fishing Vehicle permits may now impose. Licensing agents may now add a service charge of up to $2.50 for a state […]

From the 151st General Assembly, this Act amends the Town of South Bethany Charter to provide the correct citation to charter provisions relating to residency. Additionally, the Council organizational meeting will be within 30 days after the election of members […]

From the 151st General Assembly, this Act decreases the Contractor Registration Fee for contractors who do not have a state contract and have 10 or less employees from $200 per year to $100 per year. For the complete bill, please […]

From the 151st General Assembly, this Act amends the Charter of the Town of Millville. Section 1 of the Act revises the closing time for the closing of the polls on the day of the municipal election, from 8 p.m. […]