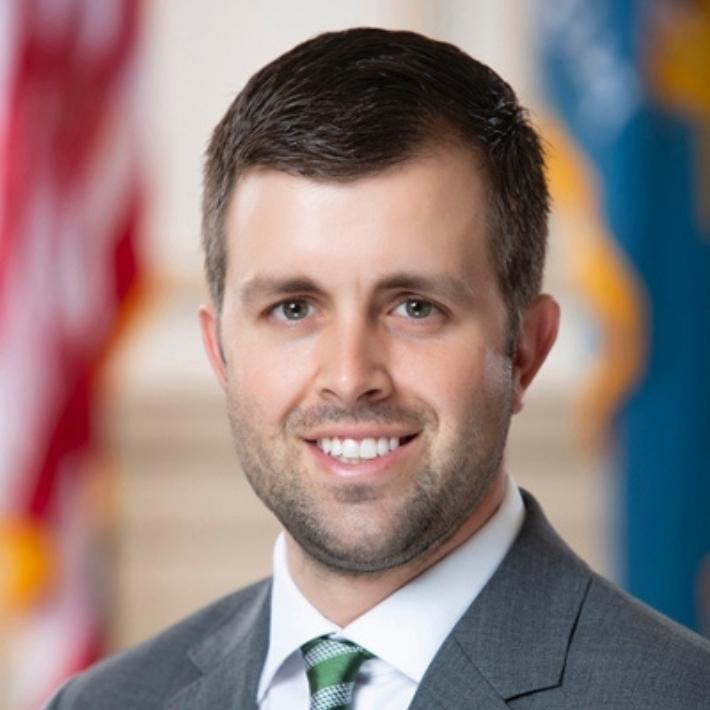 A Sussex County native, he graduated from Woodbridge High School and earned an associate degree in Agribusiness from Delaware Technical and Community College.

The Vanderwende Family raises chickens and cultivates watermelons, grains, sweet corn and peas on approximately 4,000 acres in the Greenwood-Bridgeville area. They also run a dairy operation, milking a herd of 250 Holsteins.

Jesse is perhaps best known for his co-ownership and management of Vanderwende’s Farm Fresh Ice Cream, a retail and wholesale ice cream business with locations in Bridgeville, Greenwood and Dewey Beach.

As one of the few active farmers in the Delaware General Assembly, Rep. Vanderwende has become a leading advocate for the welfare of Delaware’s farm families and a promoter of the state’s top industry. His first-hand small business experience has informed the legislature’s debate on issues impacting entrepreneurs.

Rep. Vanderwende rarely seeks media attention, preferring to work quietly in his district and at Legislative Hall on problems directly impacting his constituents. He has not hesitated to take on complicated issues, including leading an effort to reform the state’s antiquated and extensive drainage and flood control network.

Rep. Vanderwende is married to his wife, Taylor, and they have two children.

From the 151st General Assembly, this Act makes fraudulent voting a class G felony level crime, with a fine of not less than $1,000 for a first offense or not less than $2,000 for a subsequent offense. Upon conviction, the […]

From the 151st General Assembly, this Concurrent Resolution designates May 4, 2022 as “4-H Day” in the State of Delaware and calls upon Delaware’s citizens to recognize the many contributions of the State’s 4-H programs. For the complete measure, please […]