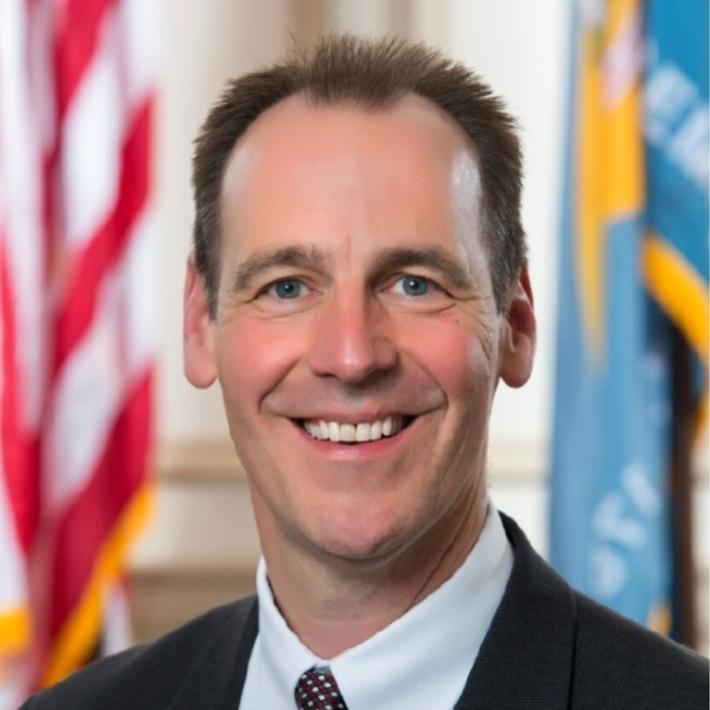 State Rep. Kevin Hensley was first elected to the House of Representatives in 2014. He represents the 9th District, which includes the Odessa, Townsend, and Port Penn areas.

Outside of his legislative duties, Kevin also runs his own small business, serving as an Associate Broker with RE/MAX Premier Properties.

A Founding Member of the MOT Charter School and a Past School Board Member of the Appoquinimink School Board, Kevin is committed to working to improve public education in Delaware. One of his most important accomplishments has been championing legislation that has earmarked millions of dollars in state funding for school safety and security improvements throughout Delaware.

As the father of a child with intellectual/developmental disabilities (IDD), Kevin is also a champion for nonprofit causes that support members of the IDD community, including Easterseals and Ability Network of Delaware. In October 2022, Kevin received the “I/DD Champion Award” from Ability Network of Delaware for his efforts in securing increased state funding to go toward the Direct Support Professional care of individuals with disabilities.

Prior to being elected himself, Kevin had the honor of serving as a Legislative Assistant to the late U.S. Senator William V. Roth, where his passion for public service really began.

From the 151st General Assembly, this act authorizes the application of funds from the Delaware School Safety and Security Fund, which is subject to available appropriations, for the retention of constables to be utilized by the LEAs. For the compete […]

From the 151st General Assembly, this bill creates a Delaware personal income tax credit, not to exceed $500 per year per individual for interest paid on student loans. For the complete bill, please click here: https://legis.delaware.gov/BillDetail?LegislationId=79161. […]