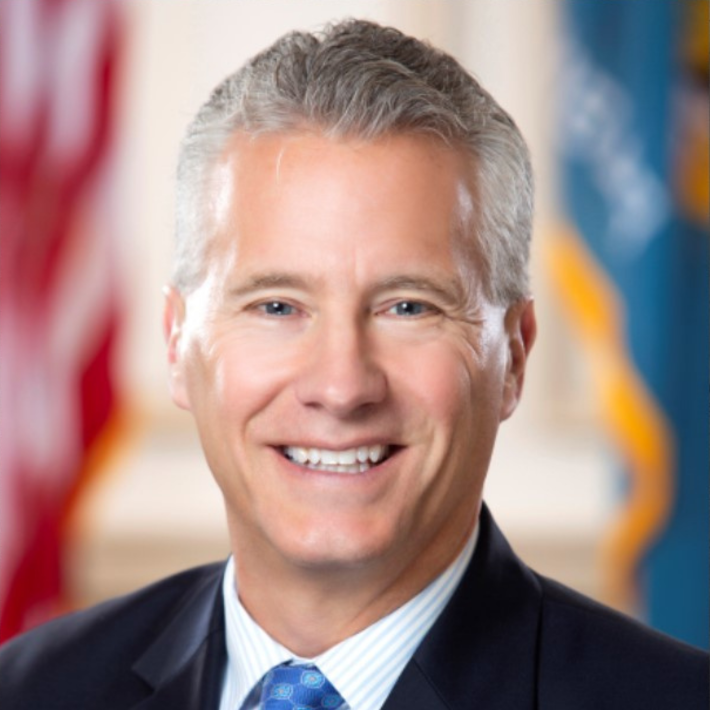 He has over 20 years of business experience in industries ranging from housing and banking to healthcare and education. Additionally, he holds a master’s degree in Business Administration from Penn State University and is a former small business owner.

He has also worked as a public school educator, mentoring local elementary school students, and serving on advisory committees for both the Caesar Rodney and Polytech school districts.

Raised on a dairy farm in upstate Pennsylvania, Rep. Yearick is one of the few Delaware legislators who have first-hand agricultural experience, giving him unique insights into the challenges faced by the farming community. He successfully authored legislation creating Delaware Produce Week. The annual observation has worked to link Delaware farmers with local consumers.

In his first term in office (2014-2016), Rep. Yearick was selected to attend the prestigious Robert J. Thompson Eastern Leadership Academy – a program to help promising officials to become better policymakers.

Rep. Yearick has been an outspoken advocate of vulnerable Delawareans, while also touting initiatives for a more efficient and responsive government.

In November 2022, Rep. Yearick was selected by his fellow House Republican Caucus members to serve as House Minority Whip for the 152nd General Assembly.

This Bill is from the 151st General Assembly. Prior to the bill being signed on November 7, 2022, if a municipality or other governmental unit employs a police officer who has within 2 years completed mandatory training while in the […]

From the 151st General Assembly, this Act creates a $500 tax credit applicable to individual personal income taxes for certain lower-income, working-poor, individuals. In the case of spouses filing a joint return, the tax credit is $1,000. If spouses file […]

From the 151st General Assembly, this Act temporarily eliminates the state’s portion of the realty transfer tax for certain real estate closings for first time home buyers with a purchase price of $250,000 or less. The bill applies to a […]

From the 151st General Assembly, this Act codifies what valid forms of identification are to be included with the statement an elector must prepare to request an absentee ballot. It also allows for an elector submitting the statement by mail […]