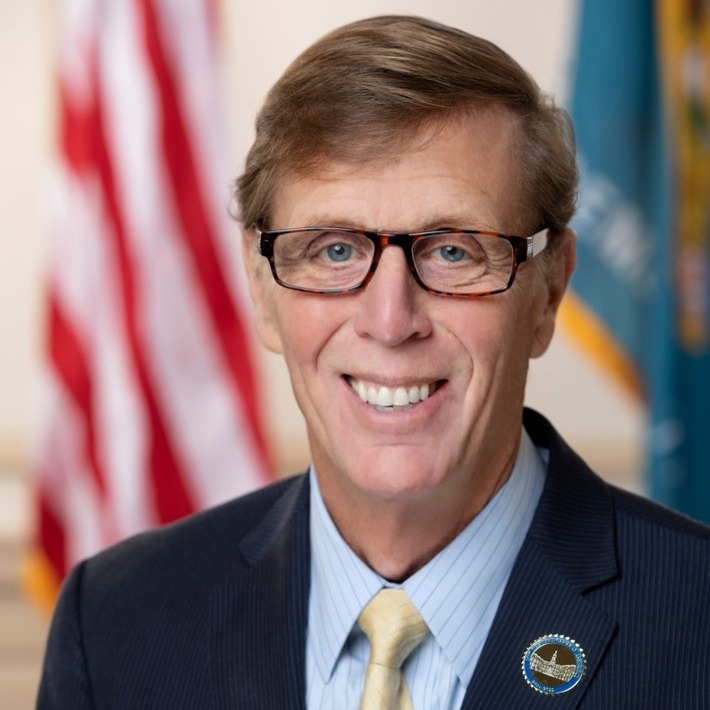 House Minority Leader Mike Ramone was first elected to the House in 2008.  A lifelong Delaware resident, Mike graduated from St Mark’s High School and attended the University of Delaware.  In 1982, at age 21, he opened his first business, Ramone’s Flower Shoppes.  Mike and Lisa have three grown children – Brittany, Ross, and Nicholas, and grandchildren.

Mike – a true entrepreneur – founded, owned, and operated multiple local businesses with his wife, Lisa.  Married in 1983, Mike and Lisa currently own six successful businesses and employ over 200 individuals throughout the year.

For 40 years, Mike’s passion has been coaching and mentoring children of all ages in swimming, and in life.  He has taught swimming and coached at various community clubs and nonprofit organizations, as well as at public and private high schools throughout New Castle County.

As a businessman and Delaware resident, Mike’s commitment has been to help the community.

As a legislator, Mike works tirelessly to resolve community issues.  He has repeatedly secured funding for projects throughout the 21st District.

Michael has a passion for, and a commitment to, many nonprofit communities and organizations.  He supports our local fire companies, the Boy Scouts of America, Special Olympics, Yes-U-Can Foundation, the Police Athletic Leagues, Donate Delaware, Easterseals, Faithful Friends, Leadership Delaware, YMCA of Delaware, Delaware Regional Dream Center, and the Make-a-Splash Foundation Delaware, just to name a few.  He served as treasurer for Delaware Chemo-Care Foundation, Past President of the Hockessin-Greenville Rotary Club, and Past Board Member of Yes-U-Can Foundation. Mike also serves currently as a Board Member of World Trade Center Delaware.

In Dover, as the current 21st District State Representative, Mike is the House Minority Leader.

Most recently, Mike served on a special committee assigned by Governor Carney – the Government Efficiency and Accountability Review Board – which was charged with identifying opportunities for cost savings in state government.

Graduated from St. Marks High School and attended the University of Delaware

From the 151st General Assembly, this Act decreases by 1% the rate of realty transfer tax to be received by the State, thereby returning to the rate that was applicable prior to August 1, 2017. For the complete bill, please […]

From the 151st General Assembly, This Act’s purpose is to spur economic growth in Delaware and create new jobs by giving a portion of the State’s revenue surplus back to the taxpayers. Specifically, this Act cuts the gross receipts tax […]